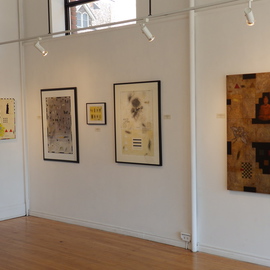 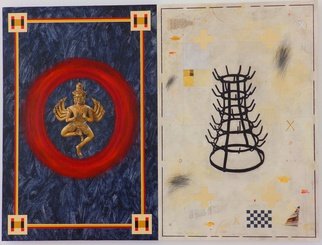 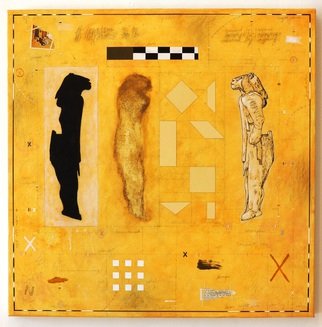 The Importance Can Be Mea... 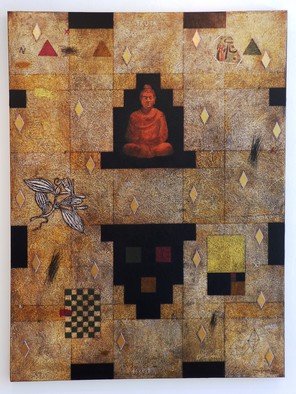 There Is A Chasm Between ... 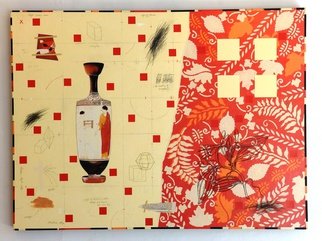 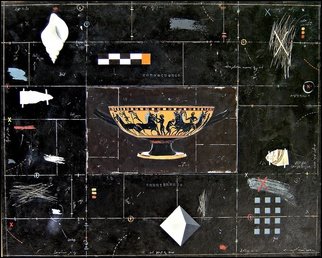 You Know It All Until You Dont 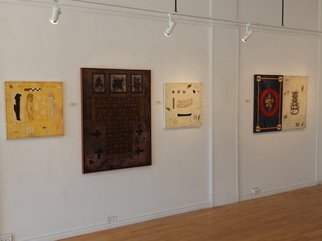 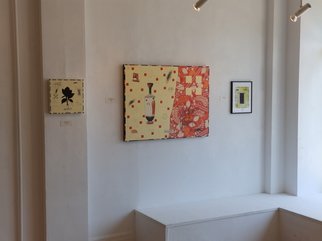 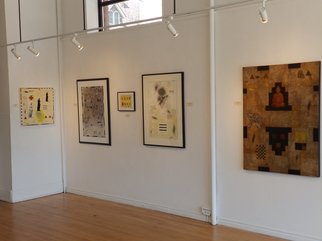 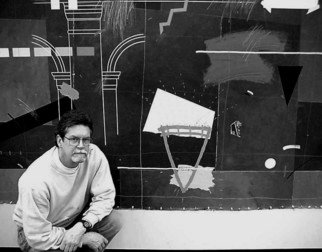 Self Pic With Art Work

MY WORK AND ITS MEANING

Typically, when it comes to reading an artist’s statement or a curator’s remarks on an artist which is related to an exhibition in a gallery setting, the general public sometimes discovers that the accompanying statement is filled with artspeak, an obscure language that confounds people more than it clarifies how to understand the work behind the artist’s intentions.

Such statements are often laden with historically antecedent references, obscure and foreign philosophical posturing (preferably 19th century French or German), fuliginous wording, and tenebrous and obfuscating expression (the terms Zeitgeist, transcendent, and dialogic are used a lot) and loaded with excessively verbose ideas in order to sound cerebrally profound. (This last sentence is a perfect example of “artspeak”). In truth, it’s all just convoluted fluff!

I prefer to keep it much simpler.

Many years ago I acquired a large number of used, hard-covered books for a special art project. Afterwards, I began using these books and their words as a source of inspiration for my drawings and paintings. I still do. The following is an explanation of my working methods.

I begin by taking any book from my collection, opening it, pointing to a page by chance, and then scanning that page for a set of words that says something to me. It could be a series of descriptive adjectives, a partial statement, a single phrase, or a complete sentence. Whatever it is, I respond to the meaning of those words in some way.

Next, I sit and ponder for a while as to why those particular words spoke to me and I allow intuition and spontaneity to guide my thoughts. It is in this state of contemplation that my ideas begin to form. As is the case with all of my mixed media drawings and paintings, this small piece of torn text gets adhered to the surface of the work and becomes the title of each new piece.

This working method is a highly personal enterprise often fraught with uncertainty and doubt, simply because I am never quite sure how others will relate to my intentions and what the work has to offer them personally when they have had contact with it. Once I have unpacked the meaning of the words, I seek out imagery that best describes that context. Usually, I start with an overall concept-image. It can be one image or an array of images. Whatever image or images dominate, this central focus pushes the direction in which all of the other components of the composition will follow. More often than not, my ideas and images are in a constant state of chaotic reassembly. Hence, my work tends to evolve as I create it. I do not do many preliminary drawings or plans for my large scale works because my approach to designing the composition of each new piece is essentially intuitive. When I do prepare plans or make notes, they simply serve as guideposts for ordering and measuring the scale of imagery that I use.

To date, I have been working with a host of signs, symbols and silhouette images that are ambiguous in their visual meaning. This makes each work into a puzzle to be deciphered or solved. At the same time, I will sometimes employ imagery whose direct and literal meaning is so obvious that it cannot be ignored or found confusing.

Accompanying the dominant imagery is a visual parade of simple formal elements: geometric shapes, regular and irregular grids, gestured and scribbled marks, cursively written messages, enumerated line segments, measurements, linear polyhedrons, erasures, repainted or over-painted areas, smudges, and circled and x notations in space – all of which have some meaning but sometimes nothing more profound other than to appear to have significant meaning or substance. They are part of an invented language that I have developed over time. All of this information adds to the visual puzzle that I am presenting to the viewer. If the viewer is inclined, I leave tracks to be followed as traces of my creative thought processes to be discovered and unpacked all the way. This entire build-up of residue is allowed to linger on the surface in relation to the dominant imagery to provide spatial tension, balance, or some other sense of orderly compositional arrangement; because after all, I am still trying to create art that is pleasing to the eye and aesthetically engaging.

Along with these features, most of my mixed media pieces also include a small collaged segment or portion of picture taken from an art history textbook that references the work of another artist. Often I will incorporate some of the color scheme from that segment into my work as a gesture of acknowledgement to those that have preceded me and contributed to the historical continuum of art.

If there is a simple way of describing my overall work in a single, general expression of appearance, I would hope that each work looks as if it came into being through some form of mental plan and enlightenment but compounded by additional bizarre and fascinatingly strange imagery that just doesn’t seem to make sense at first glance. Consequently, they should all describe themselves as a melding of conscious action with foolish play, careful design intertwined with chaos and chance, or serendipity blended into well reasoned order.

All of my work is essentially a continuous exercise in self-portraiture since all of my imagery emanates from my biography and life experiences. Even if you fail to discern my personal and direct intentions or message, I hope that you are sufficiently intrigued with my work to look long enough to be somewhat engaged. In other words, I want you...   Read More 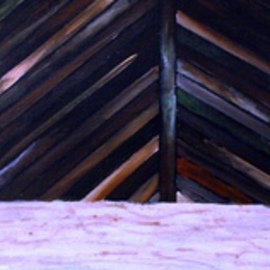 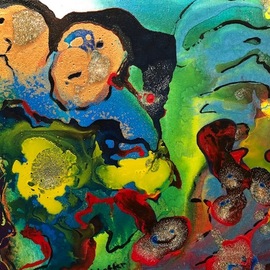 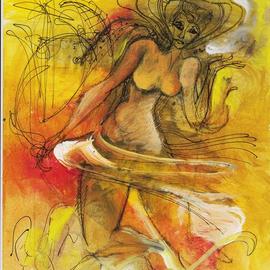 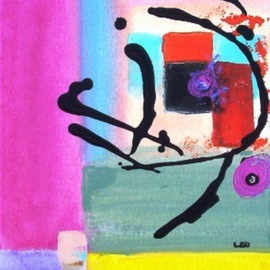 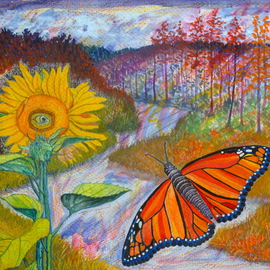