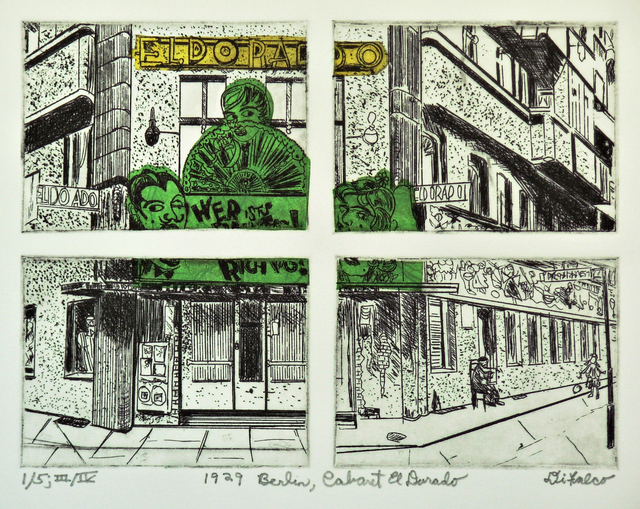 THE PRICE OF THIS ETCHING INCLUDES A BLACK PAINTED WOOD FRAME WITH GLASS AND ACID FREE MAT. THE FRAME MEASURES 11 INCHES HIGH BY 14 INCHES WIDE. THE WHITE MAT CONTAINS A BLACK INNER TRIMMED EDGE. THE ARTWORK ARRIVES WIRED AND READY TO HANG ON YOUR WALL, AND A WALL HOOK AND NAIL ARE INCLUDED. This work is the SECOND etching in the artist’s CABARET series, “Tears for Berlin”, and is from the THIRD of FOUR EDITIONS. Each edition is limited to five prints. An archived photo from the German image and photographic archive, Das BUNDESARCHIV, inspired this multiple plate intaglio print. DiFalco executed this rare and beautiful work on four individual zinc plates, which were placed on the printing press simultaneously in a “two over two” plate design to produce a single image. This endows the work with the optical effect of looking at the scene through four windowpanes. This “window illusion” is a DiFalco trademark in etching. Each zinc plate measures 3 inches high by 4 inches wide, and the overall image is 6.5 inches high by 8.5 inches wide. The framed work measures 11 inches high by 14 inches wide. STORYLINE -- The German Cabaret movement was one of the most avant-garde art genres of the last century. It combined elements of music, theater, performance art, and political satire. Many feel it also popularized the gay and lesbian bar scene of today. The El Dorado Cabaret had a long and complicated history since its opening on March 22, 1922 by Ludwig Konjetschni. This entrepreneur, who publicized it as a, “meeting place for the international world”, directly targeted the homosexual community by advertising in gay and lesbian publications. In 1927 El Dorado moved to the central entertainment district in Schöneberg at Lutherstrasse 30, directly opposite the famous Scala Variety Theatre. Konjetschni moved his cabaret to larger premises and founded the Grand Cafe Luitpold on Motzstrasse, opening the brand new Eldorado early in 1931. Marlene Dietrich, Claire Waldoff, and the Weintraub Syncopators performed there, and it was a regular venue for transvestites and transexuals. In July 1932, the Chief of Police, Kurt Melcher began implementing the strict Roman catholic policies of the new Von Papen government. Melcher proclaimed, “an extensive campaign against Berlin’s depraved nightlife”, and ordered a ban on same sex couples dancing in public in October 1932. Ludwig Konjetschni closed the El Dorado and handed the premises over to the local fascists, the Sturmabteilung SA, many of who had, ironically, worked for him at The Eldorado. The SA turned the Eldorado into their local headquarters, and it became an epicenter for Nazi activity. With this sad incident, one of Europe’s most colorful art scenes collapsed. The Eldorado played a key role in ‘ I Am A Camera’ – the 1955 film adaptation of Christopher Isherwood’s ‘Goodbye To Berlin’.
Keywords:   Original Printmaking, Theater Printmaking
Materials:   Etching Prints 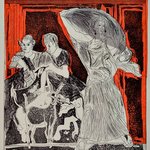 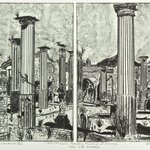 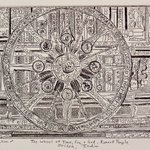 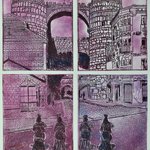 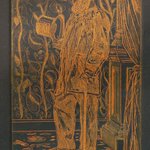 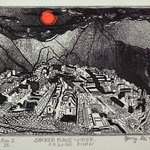 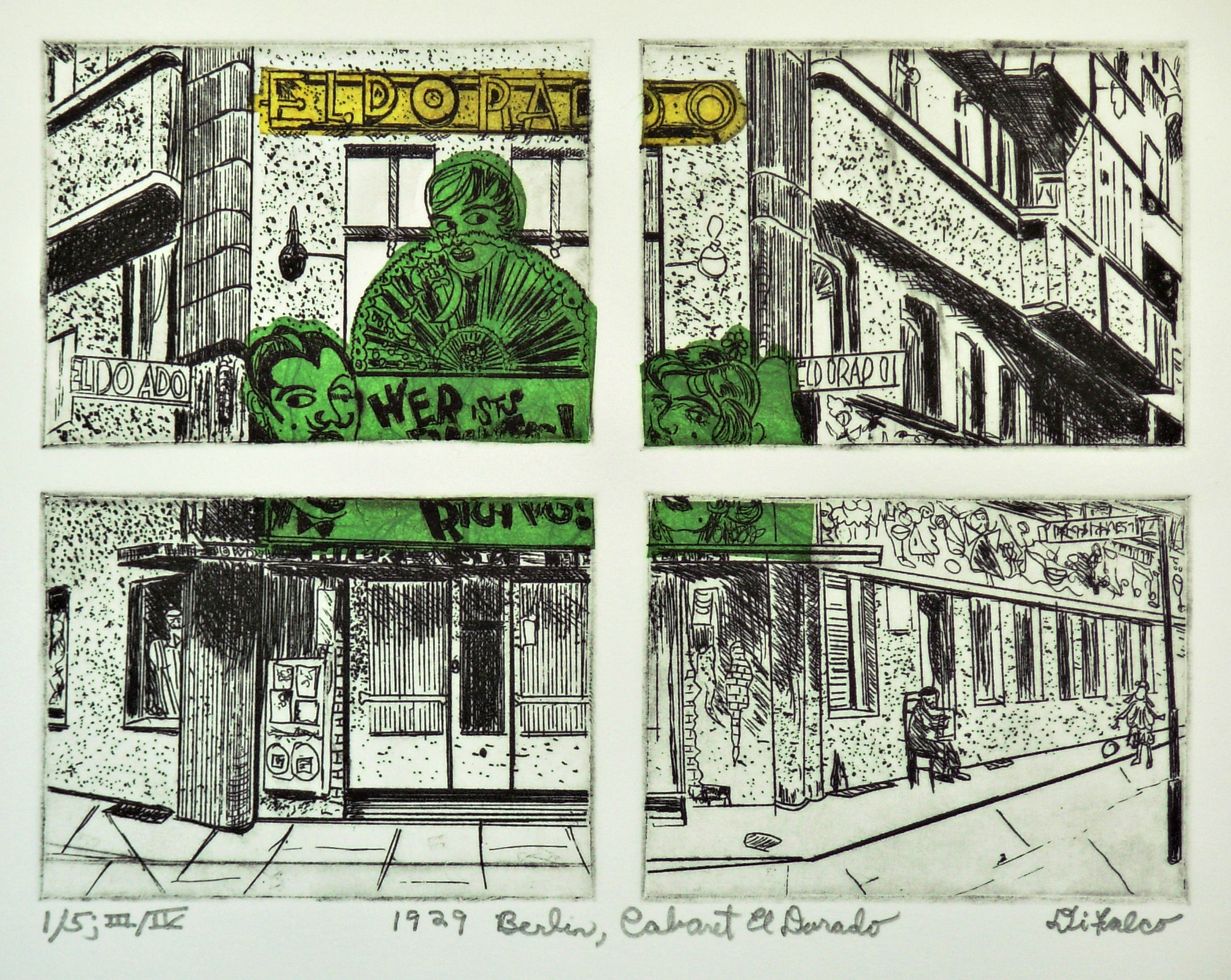